After leaving Okcana my goal was the outskirts of St. Petersburg. First I headed west towards Luga then north. I have been on the main Highway from Moscow to Petersburg a few times and wanted to change it up.
First I came across this monument at a road side rest stop. it is to the Partisans that fought in the area around Petersburg 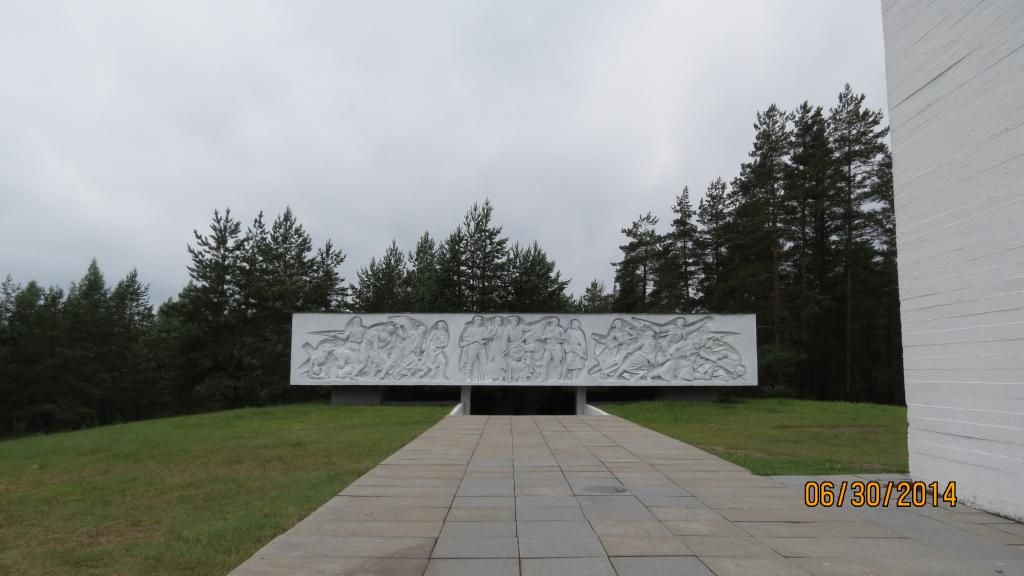 At the top of the hill was this little building

Sorry if the pictures aren’t the best. The sun wouldn’t show its face all day today. overcast and sprinkling rain the whole day.

next I was looking for Fort Kasnaya Gorka. It is located on the sea just west of Petersburg. While searching I found this monument to the fliers

A monument to Fort Krasnaya Gorka

I suppose this monument was amazing when it was built. Looking out over the sea. Since then the trees have grown over it and you can see nothing.

Still haven’t found what I am looking for but am getting closer, I think…

Still raining and unable to figure out where I am in relation to the map of the area posted on the building above I contemplated going on and forgetting what I came for. I looked at the muddy road and thought ahh what the hell you came here to find cool stuff just go for it.

Then I come around the corner and in an opening in the trees there she is!

This is the big rail way gun 305mm! this has got to be one of my favorite photos of the bike. 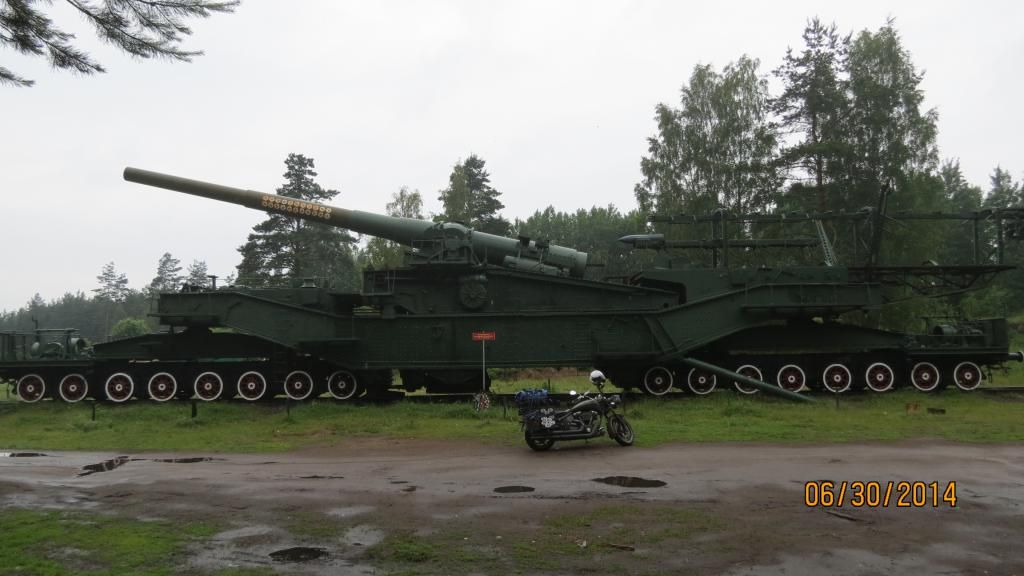 This is the smaller rail way gun. From what I could tell it had the advantage of being able to rotate in all directions and fire while the big one couldn’t.

Me trying the self timer on the smaller gun

Inside playing with all the handles like a little kid, just wet and at this point after climbing around starting to warm up.

the big gun from the back side. If you look closely you can see my motorcycle sitting between the 2 sets of wheels

this was one of the emplacements. They had guns here to fire out over the Gulf of Finland to help protect Petersburg. You can see the pins and some of them are bent I assume this would of been from firing a lot from that position. you can also see the brass semi circle around the outside of the pins it is marked with degrees to help with aiming 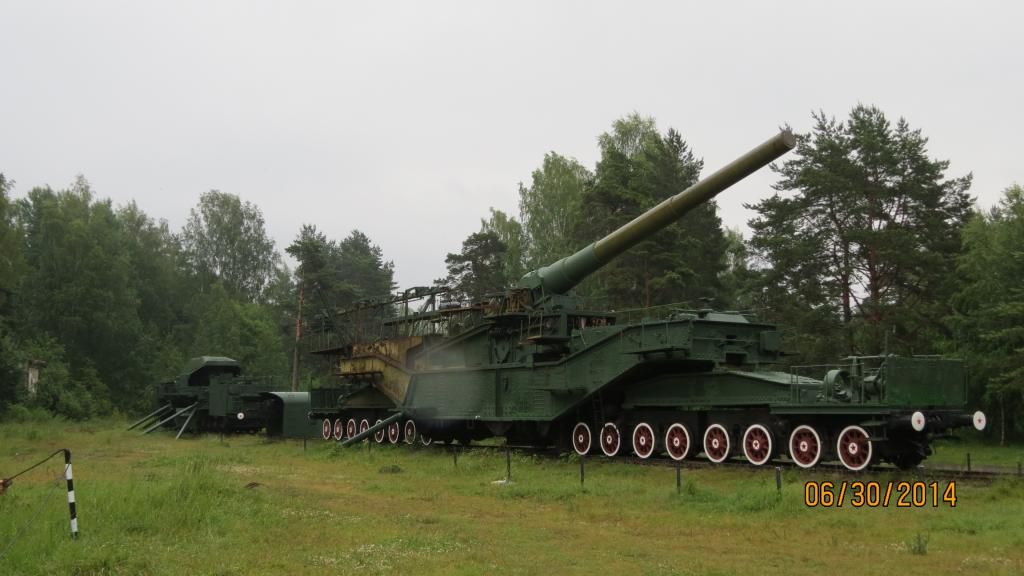 As I was leaving I spotted this fence and guard tower just off the road. I was scouting for a place to set up a tent. I didn’t know at the time what it was for but thought it best not to set up a tent there. Later I learned an artillery company is stationed there

the road out ended up turning into this cobblestone road. At first it was cool then it turned into just a pain in the azz