Made it to Oslo!!! I decided to just get to Oslo and Norway and see what I came to see all along!!!
The boat ride

The boat ride from Tallinn to Stockholm was good and long and expensive…. Those dogs got me for 30 Euro for a cheapo Buffett…… Ohhh I was mad. Put up a sign half in English saying 11 Euro Buffet after You get a plate they inform you its only 11 Euro for Breakfast……. oh man So I ate ALOT.
Stockholm was busy and not much I wanted to see just the boat Vasa. So I saw it the same day I got off the Ferry and looked at the weather and decided to keep going down the road.
They make this boat and it sunk on its maiden voyage in 1628. they recently raised it and turned it into a musem

I made it about half way across Sweden towards Oslo and found a campsite. The GPS sometimes is a godsend and sometimes well needless to say it can suck. So I took some dirt roads in Sweden and ohh man they were awesome I mean better than the paved roads in Russia!!!!! 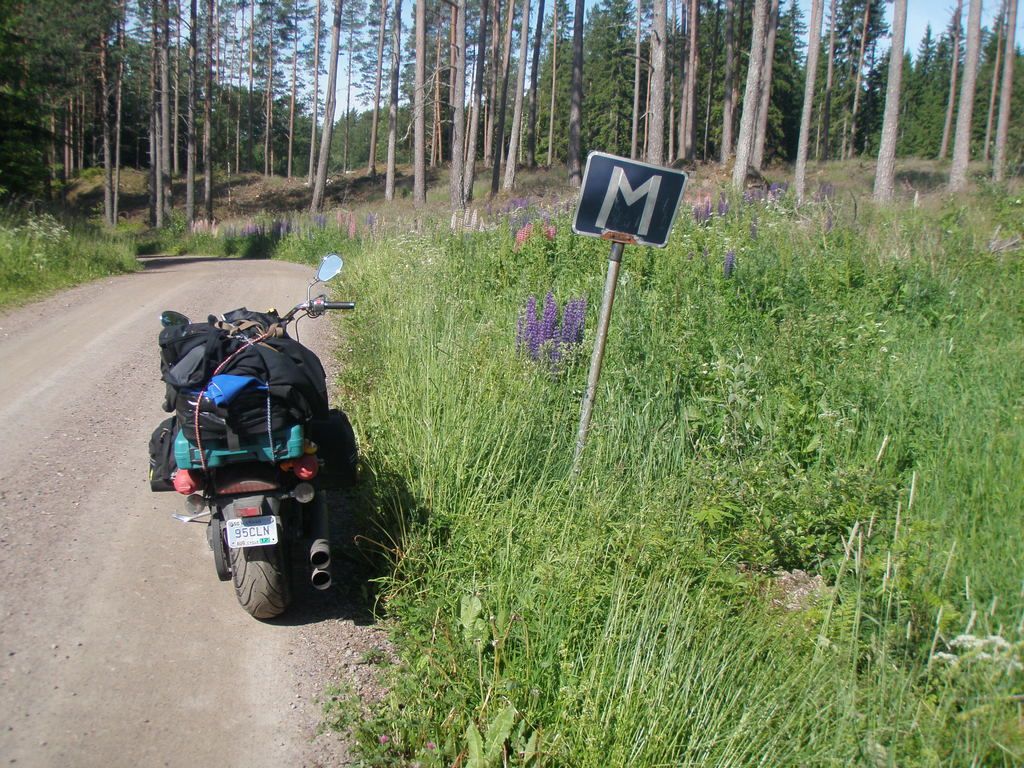 I tried the cooking Warrior style again, this time with this pizza pocket type of thing, and SUCCESS!!!! I also stopped at this roadside cafe and had something and man it tasted sooooo good.

Sweden was cool, maybe i will swing back through on the north end. I ended up camping at this campground and this Mercedes was pulling a trailer

Been in Oslo one day now Camping in a little place just outside town. Norway is cool so far but dreadfully expensive!!!!! a gallon of gas is around 8 to 9 dollars….. and beers worse ohhhh!
Continue: Oslo and Heavy Water at Telemark, Norway