So I finally made it to Arkhangelsk. I found a hotel and decided the next day I would see the city and see if I couldn’t find a new tire….
I scoured the internet and found a few leads on places to try. Though first I decided to hit up a cemetery since it was only a few blocks away.
This memorial is to the guys from WWII again. This was a port helping to get goods in and to the surrounded Lenningrad, now st. Petersburg. 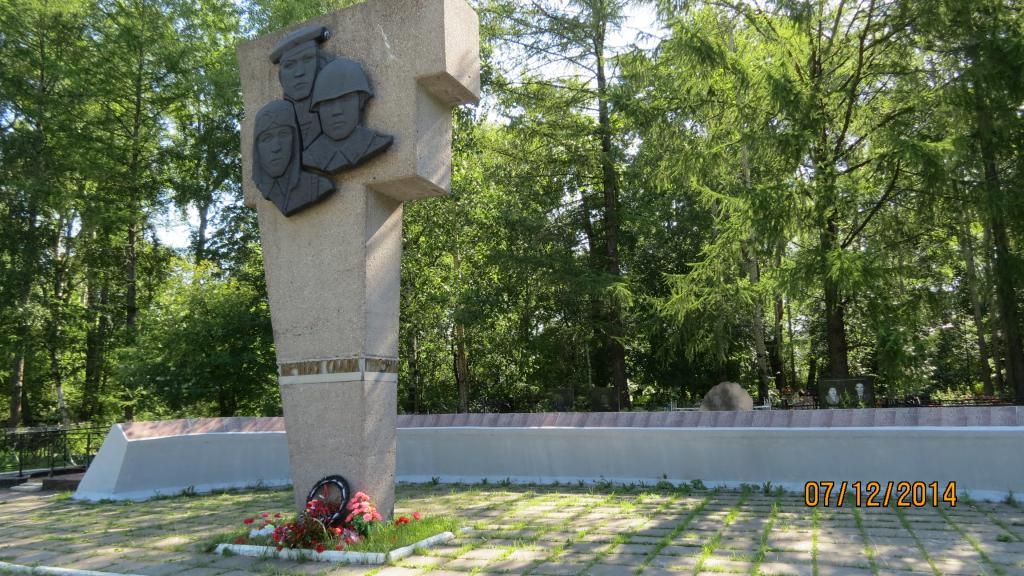 This though is the reason I wanted to check this out. Below is the cemetery for some WWI guys. Not just any guys though in 1918 England and America sent soldiers here to Russia, Arkhangelsk and Siberia I believe, Quiet a few died of diseases and the cold and from the fighting that took place here.

Most of the men left there now are British. America repatriated most of the dead from this little piece of history in the 1930’s, I believe.
There are something like 30 Americans left in Russia buried in various places.
During this excursion the Americans and British were fighting against communism. There was a lot of supplies delivered to Arkhangelsk to help Russia in WWI when Russia pulled out America and England used the excuse of not wanting the supplies to filter to the Germans so they sent troops there to protect them. Then the goal of the soldiers changed as time passed to fighting against the communists.

Next door to this cemetery was some for other wars in Russia history. This one for the men who died in Afghanistan

Continue: Another tire and a day at the beach